Home | How a Programmatic Ad Campaign Is Optimized & Measured

How a Programmatic Ad Campaign Is Optimized & Measured 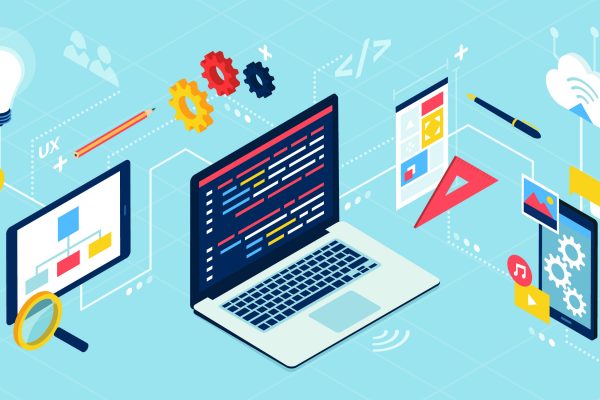 The success of a programmatic advertising campaign is equally dependent on the campaign’s initial strategy and setup as well as the ongoing post-launch optimization process. You can have the best team of analysts working on a campaign, but if the campaign isn’t set up properly to begin with and the strategy isn’t aligned with the ultimate goal of the campaign, no amount of optimizations are going to fix that.

Conversely, launching a campaign—no matter how well planned—and forgetting about it all but guarantees mediocre results. Day-to-day optimizations are what make for great programmatic campaigns.

See also: How to Pre-Optimize a Programmatic Ad Campaign

Last week, we discussed the setup and strategy side of the equation; this week’s post will focus on how we ensure a programmatic ad campaign’s success by effectively optimizing and measuring it once it is live.

What Is Programmatic Optimization?

Programmatic optimization is the process of improving a programmatic ad campaign’s performance in real time based on data. It’s what makes programmatic advertising the most efficient use of your digital ad budget.

Even if you have never run a programmatic campaign before, you can and should start by leveraging data gathered from previous campaigns or on-site analytics platforms, such as Google Analytics. This part of the optimization process, which can be completed prior to launching the campaign itself, is called pre-optimization. Pre-optimizing will give your campaign a better start out of the gate, as you won’t have to wait to make a number of obvious changes. Once you’ve launched, the optimization process will build on the work done during pre-optimization.

Once everything is set up, you are ready to launch your campaign. By now, you should have a very clear campaign goal in mind and be able to determine a primary KPI that correlates best with that goal. Let’s say you are trying to drive sales from your ecommerce store: You’ll probably want to focus on your cost per sale, which we will call CPA (cost per acquisition). To optimize effectively, every optimization point (The Trade Desk calls these “grains,” while Google refers to them as “dimensions”) should be focused on this metric. These points include but are not limited to: browser, operating system, site, device, audience, creative, and contextual categories.

See also: Audience Targeting 101: How to Show Your Digital Ads to the Right People

After the campaign is launched and has begun to gather data, you should start to see a clear pattern emerging that will inform the optimizations you make. For example, some ecommerce sites may generate a higher conversion rate on desktop than mobile. If the data is showing this, bid factors should be adjusted so they are lower on mobile and higher on desktop. You may even want to block mobile completely depending on how significant the performance difference is. 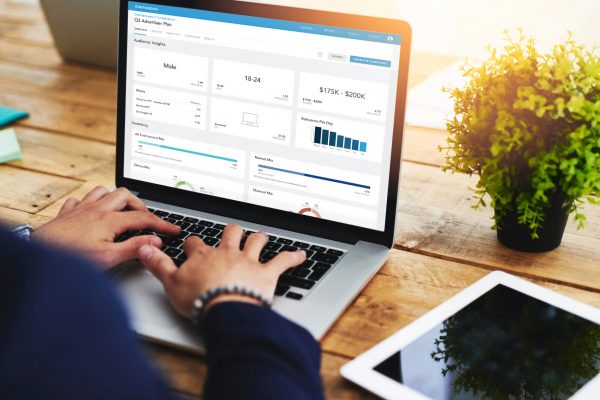 An important thing to keep in mind is how each channel and grain impact each other. If you see conversion rates are higher on desktop, why wouldn’t you run a desktop-only campaign? One valid argument is that mobile does a better job at driving more efficient traffic to your site due to higher click-through rates (CTRs). A mobile ad may be what gets a viewer in the purchase funnel, while your retargeting ad group may later target them cross-device on their desktop and lead to a purchase later on. If not for that initial mobile click, they may never have entered the funnel to begin with—so while mobile may not appear to perform well, it may actually help bolster desktop performance.

Additionally, certain grains are connected to each other and can have a compounding effect when changes are made simultaneously. For example, the majority of iOS and OSX devices use the Safari browser, as that is the default browser for Apple operating systems. In this case, it’s very important to look at both operating system and browser, and optimize primarily towards whichever one is having the biggest impact on performance. Since iOS users most frequently use Safari, bid increases that are implemented on both of those grains at once will effectively “stack” and you’ll likely end up paying far more for that subset of users than you intended to.

As a general rule across the board, it’s a good idea to avoid making too many changes without giving yourself ample time to analyze and understand those changes.

The Importance of Scale

A common issue that you should always keep in mind when making optimizations is scale. There is a finite amount of ad inventory available, and every single aspect and targeting layer of an ad group has an impact on how much of that inventory is available. If you want to target sports fans anywhere on the web across the US, your scale will be massive. But if you wanted to target sports fans only on sports-related pages within one city on their mobile phones, then your available inventory is going to shrink drastically.

See also: Why You Should Be Using a Tag Management System

Sometimes it may be best to loosen your targeting in order to gain additional reach. In other scenarios, you might have more inventory than you will ever be able to buy, in which case you have more flexibility to tighten up that targeting. This is all based around your potential spend, which your ad platform should be able to project for you once the campaign is active. The ultimate goal is to get your targeting as tight as possible without hindering delivery and limiting reach.

Using the aforementioned example, we know that purchases are our main goal. But more often than not, there are additional supporting metrics that we can use to help inform optimizations. Metrics like average page views per session and time on site can be valuable as they give a good idea of the quality of traffic you’re getting and how interested or engaged viewers are with your brand.

Early on in the campaign you may have a limited sample size when it comes to purchases (or whatever your primary KPI may be), but if one ad group is showing significantly more page views per session, then it’s a pretty safe assumption that whatever tactic you are using for that ad group is reaching a better and more engaged audience than the other. This kind of data can help you fine-tune the campaign without a massive sample size on your primary KPI. It’s worth noting, however, that we always recommend more conservative optimizations based on secondary KPIs: The primary KPI should be your main metric to optimize towards whenever possible.

Note that while CTR (clickthrough rate) can be a good indicator of the performance of your ad creative, it’s generally not a great KPI to use across an entire campaign (unless site traffic is your main priority): We typically see little to no correlation between CTR and conversion rates. For example, clickthrough rates are usually higher on mobile than desktop, but most often we see ecommerce conversion rates higher on desktop than mobile.

This has been a fairly high-level overview on how to use data to make informed optimizations post-launch for a programmatic ad campaign. In general, start conservatively and get more aggressive with changes as you gather additional data and certain trends begin to emerge more clearly. Also, when it comes to bid factors, it’s generally best to favor bidding down over bidding up whenever possible. If you bid up too aggressively, even on top-performing grains, it can actually have a negative impact on CPA, as those impressions will cost much more in the long run.

Need an expert to manage your programmatic ad campaigns? Get in touch with PrograMetrix for a free consultation.

Ready to Take Your Programmatic Ads to the Next Level?

Riley Tompkins is a data analyst at PrograMetrix.

Tagged optimization, series, Series: How to Find & Work With a Programmatic Agency
← How to Pre-Optimize a Programmatic Ad CampaignBest Practices for CBD Ad Approval on Facebook & Google →