The State of Cannabis & CBD Marketing in 2020

Since the first states voted to legalize recreational cannabis for adult use in 2012, the cannabis industry has experienced breakneck evolution as laws, norms, and consumer awareness evolve in real time. Yet while cannabis, hemp, and CBD markets have been rapidly taking shape state by state, the marketing of these industries’ fledgling products, services, and brands has been unable to keep pace.

The obstacle, of course, has been cannabis’s continued federal classification as a Schedule I drug. This reality has prompted both state regulatory agencies and individual advertising platforms to handle the question of cannabis marketing with utmost caution—or in the case of some of the largest digital players, not handle it at all.

At present, in addition to dealing with the complexity of each locality’s regulations, cannabis entrepreneurs everywhere are also excluded from spending their marketing dollars through the modern advertising mainstays of Google, Facebook, Instagram, and Twitter. While some brands roll the dice by submitting subtly worded ads to these networks in hopes that a few will slip by the moderators, most of the industry’s marketing professionals have been left to experiment with a mix of traditional advertising methods, event sponsorships, influencer marketing, and ad buys through cannabis-specific publications. These options leave most brands overspending on ineffective advertising campaigns that lack a cohesive strategy and measurable ROI.

See also: How to Build a Digital Marketing Plan for Cannabis or CBD

The good news: As policy and public sentiment have tilted in the direction of widespread legalization, a steadily increasing number of mainstream advertising platforms have become open to accepting cannabis and CBD marketing dollars. In fact, today cannabis and CBD professionals have more avenues available for advertising their products than ever before, particularly in the digital realm. The only problem is this: Most brands don’t know it yet.

Bills to Billboards: The Evolution of Legal Cannabis Advertising 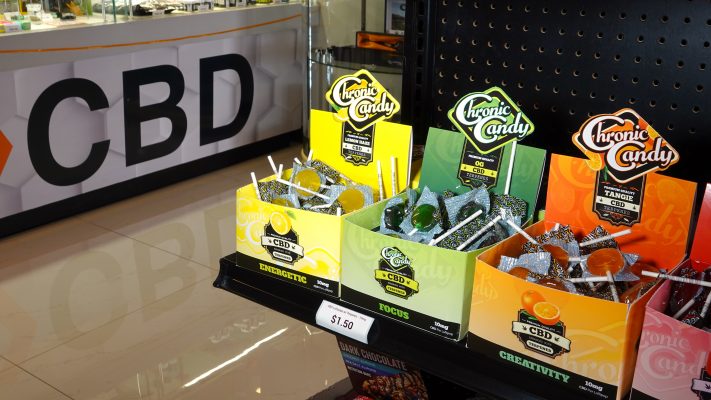 For a nascent industry that had spent previous decades pushing only for policy reform and regulation, the first cannabis billboards that appeared in Washington State post-legalization were almost surreal. They cropped up along highways and at cities’ outer limits a few at a time as the earliest stores began to open. The billboards, with their larger-than-life graphics, felt splashy, but the reality was that they were one of very few options available to anyone advertising cannabis and CBD. At the same time, in Colorado, outdoor advertising wasn’t permitted at all.

Even the advertising formats allowed came with numerous restrictions—in Washington, for instance, no advertisement could be “within one thousand feet of the perimeter of a school grounds, playground, recreation center or facility, child care center, public park, library, or a game arcade admission to which it is not restricted to persons aged twenty-one years or older; on or in a public transit vehicle or public transit shelter; or on or in a publicly owned or operated property.” Unsurprisingly—given the scope of these restrictions, plus additional rules regarding signage limits, promotional pricing, merchandise, giveaways, and the like—a very limited array of options were left on the roster.

Beyond billboards, marketers most frequently advertised through events (at which no cannabis could be offered or consumed); on endemic cannabis websites like High Times and WeedMaps (which only reached a small niche of cannabis consumers); and in any print outlets who would accept their ads (which ranged from alt-weeklies and print magazines to larger local papers).

Worse than the limited array of options was their inability to offer satisfactory measurement against marketing KPIs. Early on, most cannabis advertisers accepted that they would have to run so-called “spray and pray” ad campaigns, posting their message anywhere it would be accepted and hoping for the best. They had no way of knowing who was coming to their stores, recognizing their branding, or buying their products based on their advertising spends—and for the most part, they still don’t. 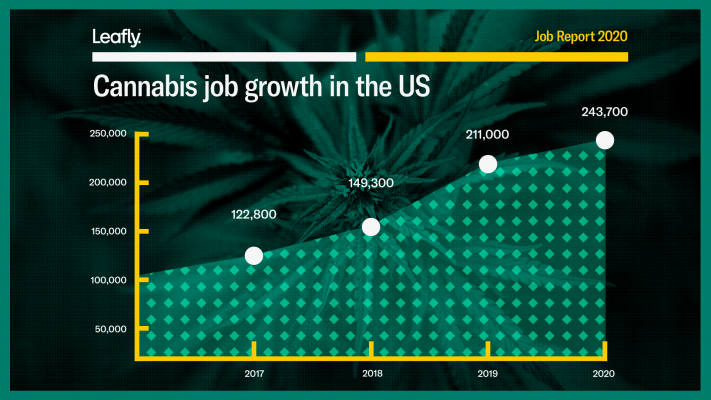 “Early on, most effort was focused on getting any ad approved, anywhere, rather than actually crafting ads that addressed the benefits of your products or services,” says Chris Shreeve, co-owner of two dispensary locations in Seattle and co-founder of PrograMetrix. “Often ancillary businesses had the best luck, while CBD and cannabis businesses had a harder time.”

Generally, this is still the case—many CBD brands, for instance, spend time carefully crafting Google ad copy or Facebook imagery that replace overt references to cannabis with subtle green accent coloring and terms like “herbal.” Sometimes these ads slip by the Google or Facebook algorithms, only to be flagged or removed shortly thereafter, often followed by deletion of the brand’s account.

As the industry has matured, though, cannabis marketers have become less willing to accept the current state of affairs. In the early days, many industry professionals were cannabis advocates first and businesspeople second—sometimes they had black- or gray-market experience, and in terms of marketing, it was enough to even be able to talk openly about their line of business.

But by January 2015, cannabis was already the nation’s fastest-growing industry, and professionals from other industries were starting to pay attention. Today, each new state to legalize draws an increasing number of pro marketers with mainstream experience looking to get into the cannabis game.

Nowhere has this been truer than in California, the nation’s largest market and de facto heartland of cannabis consumption and culture. After the passage of Proposition 64, the need to access new avenues of advertising reached a fever pitch: MedMen, the largest dispensary in California, reportedly became so frustrated by constant rejection of its attempted media buys that it contracted with an established magazine to publish its own cannabis quarterly. Other attempts to work within or around the rules have included speakeasy-style events, infused dinner parties, influencer partnerships, and rooftop sound baths.

Today, with 11 states plus Washington, D.C. having legalized cannabis for recreational use, the industry continues to mature as it tests new marketing methods and adapts to ever-changing regulations. Still, no current tactics have been able to replace the gaping hole left by the cannabis industry’s inability to access premium digital ad space and its corresponding data.

Since cannabis businesses also can’t claim marketing expenses on their taxes, having data to justify campaign expenses and make smarter marketing decisions over time is all the more important. Luckily, an increasing number of digital platforms have become interested in carving out a slice of cannabis and CBD marketing spends for themselves—which opens the door to running data-driven online ad campaigns for CBD and cannabis. 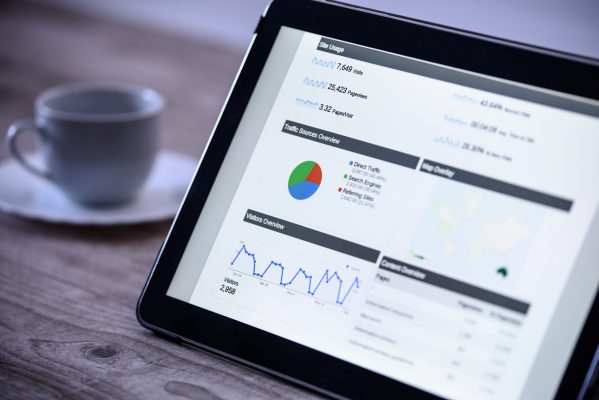 As of 2020, legal cannabis is still the fastest-growing industry in the United States. Concurrently, digital marketing spends are poised to surpass traditional spends for the first time in history. Together, these facts indicate that the future of cannabis marketing is digital. Yet with over half of digital advertising dollars spent through “the Duopoly”—Facebook and Google, both of which reject even CBD ads—how can cannabis marketers expect to succeed through digital marketing?

The answer is by looking at the other half of the digital ad pool. Many working in cannabis have come to believe that because their Google and Facebook ads don’t get approved, digital advertising is closed to them. But myriad other mainstream websites are willing to accept cannabis and CBD ad buys, including heavy hitters like ESPN, Huffington Post, Newsweek, Politico, Barstool Sports, Complex, The Chive, and USA Today. Newer digital ad formats have also become available—radio ads via iHeartRadio, for instance, or connected TV ads via Roku and Hulu.

In fact, digital advertising provides an ideal medium for compliant cannabis and CBD advertising, because modern ad targeting technology can leverage known user data to display ads directly to appropriate audiences—such as those 21 and over. (For reference, Colorado’s ad regulations only allow online advertising if “no more than 30 percent of the audience … is reasonably expected to be under the age of 21.”) Recent strategic alliances formed to expand the cannabis advertising space have also resulted in the building of custom online audiences featuring known cannabis and CBD consumers: As such, brands are now able to market to people who have downloaded apps like WeedMaps or Leafly; liked an alternative wellness brand on Facebook; or visited a local dispensary in the last 30 days.

This blog post is one of a series on digital advertising for cannabis and CBD businesses. Additional installments include THE STATE OF CANNABIS & CBD ADVERTISING IN 2020, HOW TO BUILD A DIGITAL MARKETING PLAN FOR CANNABIS OR CBD, and THE ULTIMATE GUIDE TO PROGRAMMATIC ADVERTISING FOR CANNABIS & CBD. For more on the latest in programmatic advertising, bookmark OUR BLOG HOMEPAGE and check back soon. Want to learn more before anyone else? Get in touch HERE.

Ready to Take Your Cannabis Advertising to the Next Level?