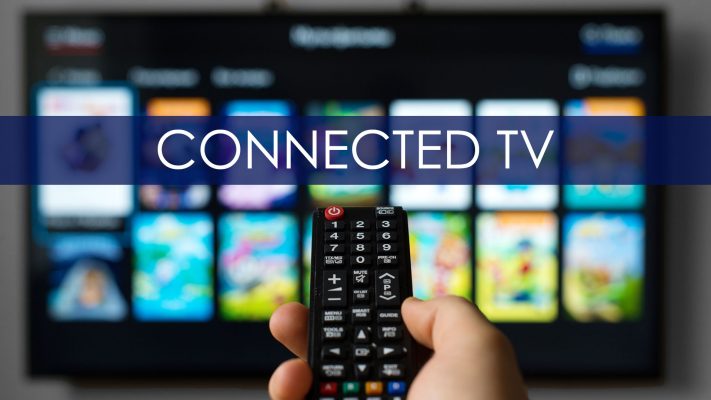 In 2018, eMarketer estimates that over 180 million people in the US will use Connected TVs (CTV) at least once per month – a number that equates to more than 55% of U.S. households. With millions of consumers shifting from traditional cable providers to Smart TVs and Over-the-Top (OTT) devices to access their video content on demand, there’s a new way to reach your target audience on the big screen.

For brands looking to extend their audience reach further into this new digital realm, it’s important to understand the definitions, devices, audience targeting, and measurement capabilities that makes CTV advertising one of the fastest growing programmatic media channels in the industry.

In this article, we walk you through a foundational understanding of the CTV landscape and encourage you to read our upcoming articles that dive deeper into targeting and measurement capabilities for CTV campaigns.

To start, there are a lot of buzzwords that marketers and ad tech firms seem to use interchangeably when talking all things CTV. However, there are nuances between the following key terms:

Consumers are watching TV everywhere. When it’s on the big screen, more than likely, it’s through Connected TV. But there are also ways to watch TV-like content outside of the living room.

CTV devices connect your TV screen to the Internet, whether by a device or a connection built into the TV itself. Regardless of the specific make and model, these devices connect to all kinds of premium content without a cable subscription, allowing “cord cutters” and “streamers” to either replace or supplement their traditional cable bundle. Let’s discuss the difference between these devices, and the ways in which the average consumer may access today’s premium TV content.

Under the CTV device umbrella, a Smart TV is a television with a built-in connection to the internet that provides a gateway to your favorite TV content. Your television comes “smart” just as it is—no sticks, dongles, or other connected devices required.

If you’d like to browse the internet on the big screen, you’re in luck. Many Smart TVs also offer web browsers or even apps that allow you to access your favorite social media platforms.

A streaming device connects your TV to the internet through sticks, fire sticks, dongles, hockey pucks, and connected gaming consoles. The streaming device sends media from the internet to your home television in a continuous “stream,” meaning that as long as your internet connection is not disrupted, you don’t need to wait for an entire TV show or movie to download before hitting play.

So what CTV devices are most popular? Take a look at the chart published by AppNexus below:

Consumers are watching TV on all sorts of screens, including mobile phones, tablets, desktop computers, and laptops. We count these as “other connected devices,” and consumers use them all the time for all kinds of reasons. Maybe your phone is how you prefer to stream the latest episode of your favorite TV series on Hulu, just to avoid hearing any spoilers at work. Or maybe you only use your phone to watch short-form content, like local news stories or how-to tutorials.

You can use your phone — or your desktop, laptop, or your tablet — for various things, including streaming premium television content (and avoiding spoilers). Doing so, however, doesn’t count as CTV — that’s reserved for the big screen.

Now that we have defined the myriad of CTV/OTT terms in the marketplace and provided insight on the types of CTV devices that are available, it’s important to ask what actually constitutes CTV content? CTV inventory is premium, professionally produced television content. It’s not the display banner ads that sometimes appear on CTV devices.

As mentioned earlier, OTT devices allow users to access their favorite TV content via the internet, without requiring users to subscribe to a traditional cable or satellite paid service. OTT goes “over” your cable box to give you access to premium TV content. OTT can be broken down into three different revenue models:

While traditional TV distributors may be cut out of the equation when this happens, many are now adapting by offering their own OTT services or apps. Let’s take a look at the TV content and inventory that’s available.

In today’s world, TV viewers don’t plan their schedules around TV – they fit TV into their own busy schedules. VOD is becoming more popular, because it allows users to watch the content they like at the times they want to watch it. Missing an episode isn’t a problem because VOD content is available to stream or download after it airs live.

More people now use streaming video services than traditional cable subscriptions. To give viewers the choices they crave, many content providers offer both VOD and live streaming.

Live Streaming means that the television content you’re watching is being streamed in real-time over the internet. This live content is usually delivered by a paid streaming service or directly by the network.

Full-episode player (FEP) refers to professionally produced, TV-like content that can appear on any device type, across both apps and web browsers. This means that the content is television length—typically 30-60 minutes—with commercial breaks in between.

FEP content is inclusive of things like your daily dose of news, cult classics, stand-up comedy, cooking shows, or even your favorite soap opera.

After reading this article, you now understand the definitions and differences between key terms related to Connected TV advertising. Hopefully you have a better understanding of CTV devices, and ways in which users can access premium TV content through internet enabled devices.

Please check back on the second part of our three-part series on CTV advertising. The next article will dive deeper into audience targeting, while part-three of our series will cover measurement and tracking for CTV campaigns.

If you’re ready to add Connected TV as a new channel in your digital strategy, or if you feel like there’s room for improvement with your current CTV campaigns, please contact us to learn more and see how our team of experts can help.